Operated by: Havana Classic Cars For Us
Explore More In Havana 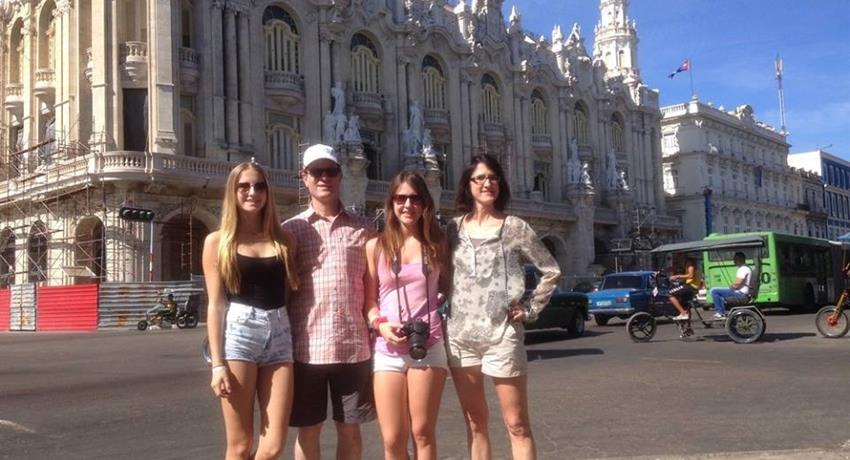 Your Hotel in Havana

Your Hotel in Havana

Explore all tours in Havana

Explore all tours in Cuba

You will have a panoramic trip close to the famous sea wall El Malecon de la Havana going to the modern part of the city. It was made between 1901 to 1950 and it is 7 kms longer, finishing in the luxury neighborhood of Miramar.

You will visit the Revolutionary Square in order to know about the government buildings around, the political system and to have the opportunity of obtain the famous picture with the face of the hero Ernesto Che Guevara and the greatest man who was born in Cuba, the National Hero Jose Marti. Also this will be the best moment to take pictures of beautiful old cars.

Near this place there is the biggest factory of cigars in Cuba “ Corona”. So, you can go there to visit the Factory. It will be time to visit Down Town Havana. In most cases walking.

The National Capitol, the Big Theater of Havana, the hotels Inglaterra, Manzana, Iberostar Parque Central and Plaza surrounding the Central Park will be included.

Close there is the Floridita Bar, one of the most famous bars in the World, the cradle of the Daiquiri, visited during 30 years by the famous writer Ernest Hemingway, who wrote many books including “The old man and the sea” which allowed him to receive in 1954 The Novel Price of Literature. In front of the bar there is the most popular Street in Havana, the Obispo Street.

It's also possible to go into the Revolutionary Museum or the Fine Arts Museum during the morning or later. There is the possibility of visiting the different fortress of Havana.

Lunch time with live music in and authentic Private Restaurant with many choices including the fresh Cuban lobster and the very tasty grilled pork or chicken.

During the afternoon you will see the Cathedral of Havana, The Palace of the Captains Generals, nowadays the Museum of the City located in the Arms Square. Also the incredible San Francisco de Asis Square with the beautiful Fountain of the Lions and the church. Nearby there is “ La Plaza Vieja” ( The Old Square) with the Brewery and the best place to have a coffee “ Café Escorial”.

You can go on top of the Ambos Mundos hotel, where Hemingway used to live between 1932 y 1937 and there you will have a very different view of the city. It is also possible to go into the Hemingway´s room 511, now as a little museum.

Tour Name: Havana For You
Operated by: Havana Classic Cars For Us
Payment: No payment required now