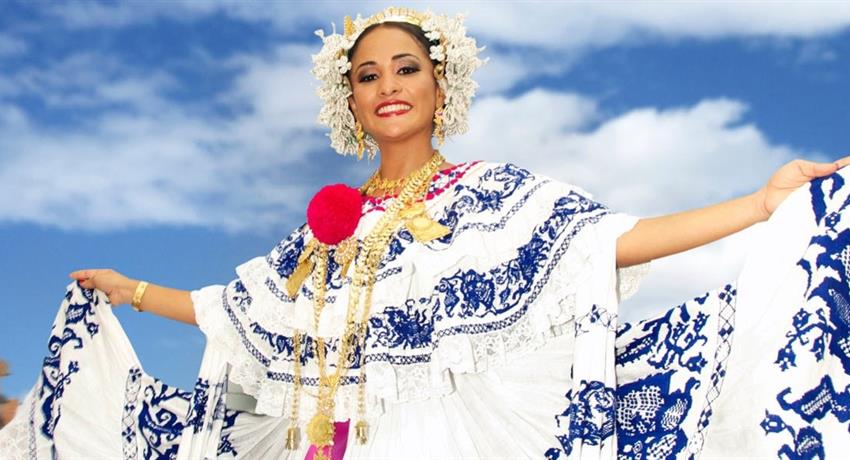 One of the most eye-catching accessory of Panama’s folklore are the colorful Devils’ Masks. The character of the devil has been introduced in Panama by the catholic church in order to make the indigenous population which didn’t speak Spanish understand the message of catholicism with dramatizations and mimics. In today’s folklore there are different types of devils, the most popular in Azuero being the “Diablico Sucio” – the dirty devil. His dress is red and black striped and he always wears a fearful mask. The mask is made out of papier-maché and shaped on a mold of clay. After several layers of paper, the mold is removed and the mask laid out in the sun to dry. It is then painted with different colors and decorated with several accessories in order to obtain the final mask.

Drums – Tambores – are one of Panama’s national symbols and an instrument used in traditional music of Panama’s three main ethnics – the indigenous, the black, and the hispanic. To build a set of drums a lot of experience is required in order to chose the right type of wood and leather to produce the unique sound of the Tambor. The wood has to be cut into the right size and shape before being moistened, put together and dried in the shade. For the best sound, traditionally leather of deer, goat or wild pork was used, however, as most of those animals are protected, mostly cow leather is used.

Panama’s stunning national dress is called Pollera. There are many different types of Polleras, from simple colorful skirts up to the handcrafted and beautifully embroidered “Pollera de Gala” which is considered one of the world’s most beautiful national costumes. Panama’s Pollera originates from a Spanish dress from the 16th or 17th century – but much simpler than today’s version of the Pollera. Panamenian women wear their Pollera usually for festive events and celebrations and combine the stunning dress with ostentatious gold jewellery and detailed hair accessories, called Tembleques.

In combination with the Pollera, Panamanian women always wear Tembleques, an outstanding hair accessory. They are called “Tembleques” because they are made out of flexible materials which move when the women make a movement while walking or dancing. Originally the Panamanian women used natural flowers in their hair, nowadays the Tembleques are made of fish scales, wires, pearls and crystals and always come in shapes of flowers such as roses, orchids and others or animals such as butterflies, hummingbirds, peacocks and others.