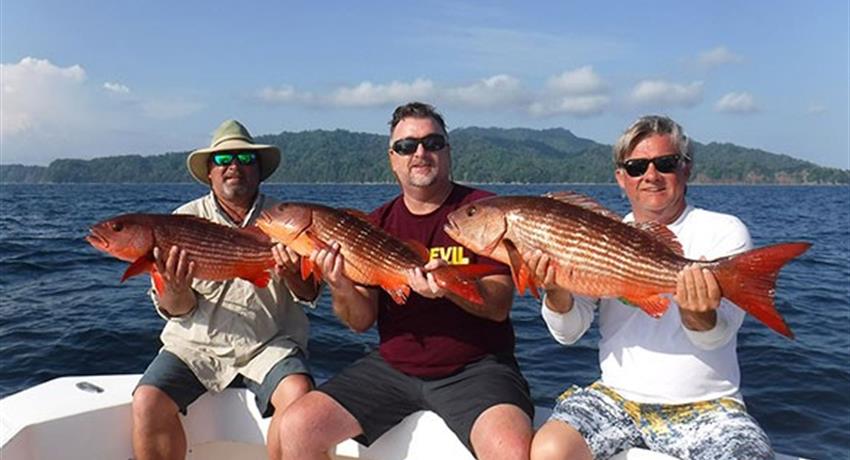 Explore all tours in Chiriqui

The meeting point will be at Marina Puerto de Pedregal at 7:00 AM, which is 5 minutes by car south of Enrique Malek Airport in David. From the marina, you will board a boat and start with a 45-minute scenic tour of the ancient Chiriqui River along a pristine jungle lined with mangroves to the Pacific Ocean.

On the way, you will be able to observe a variety of tropical birds and an occasional trout of monkeys until you reach the sea. Once at the fishing site, you will have the option of fishing on the coast a variety of species, such as roosterfish, jack crevalle, amberjack, cubera and other species of snapper, grouper, mackerel, African pompano, bluefin and more.

You can also choose a trip on the high seas and fish black or blue marlin, sailfish, mahi-mahi, yellowfin tuna and wahoo, depending on the season. You will often find a wide variety of marine mammals such as bottle noses, spinning and speckled dolphins, humpback whales, pilot whales and the occasional killer whale.

During fishing, there is also a multitude of seabirds such as gulls, pikemen, frigates and more than normal these waters plough. You will finish the tour at the same meeting point at approximately 4:00 PM.